Biolomix introducing a Super Sous Vide Thermal Immersion Circulator, it helps you cook a flawless poached egg, a perfectly flaked piece of salmon or do justice to a choice cut of prime rib with its high power heating element power of 1500 watts compared to other immersion circulators out there that only uses 800 or 1000 watts. Which makes cooking and preheating time definitely much slower. But with Biolomix’s Immersion Circulator you can now enjoy expert home cooking without the hassle. Adjustable time and temperature controls allow you to have complete control over the cooking process. Easy to read LCD display, digital soft-touch buttons and built-in thermostat takes the brain-work out of cooking.

This way of cooking will create the most amazing and life changing steaks, chicken, fish, veggies, and virtually anything you toss into it.
The greatest feature of it is that the food cooks in its juices. They turned out to be perfectly medium pink, steak comes our tender and flavorful. Allows anyone to cook a restaurant quality meal at home.

***The default temperature setting is Celsius (℃）, you can set it to Fahrenheit （℉） too.


Using steps:
Step 1: Seal food in a vacuum bag, and place them in a water bath.
Step 2: Press the ON button for 3 seconds and then it will bleep and the display will turn on. The display will show the current temperature.
Step 3: Set timer to delay the start of cooking time. Or press set button again to set actual cook time, called “work time” on this unit((which only starts counting down once water has reached the correct temp)
Step 4: Set the temperatures / timer using the black scroll wheel on the front.
The last step: When the food reaches the target temperature and time, take it out, and serve it.

1. Russia buyer- We can ship from Moscow warehouse if the stock are available, or we send from China by fast shipping method , we can provide user manual in Russian if you provide us your email address.

** The default temperature setting is Celsius (℃）, you can set it to Fahrenheit （℉） too.


3.We can sendthe pdf cook books of Sous Vide if you leave us email address. 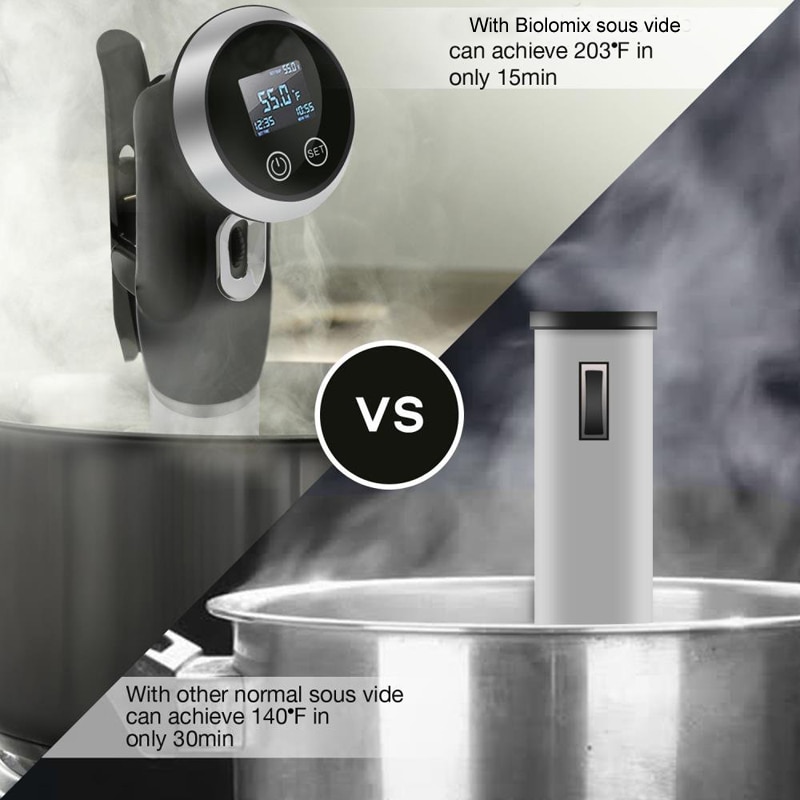 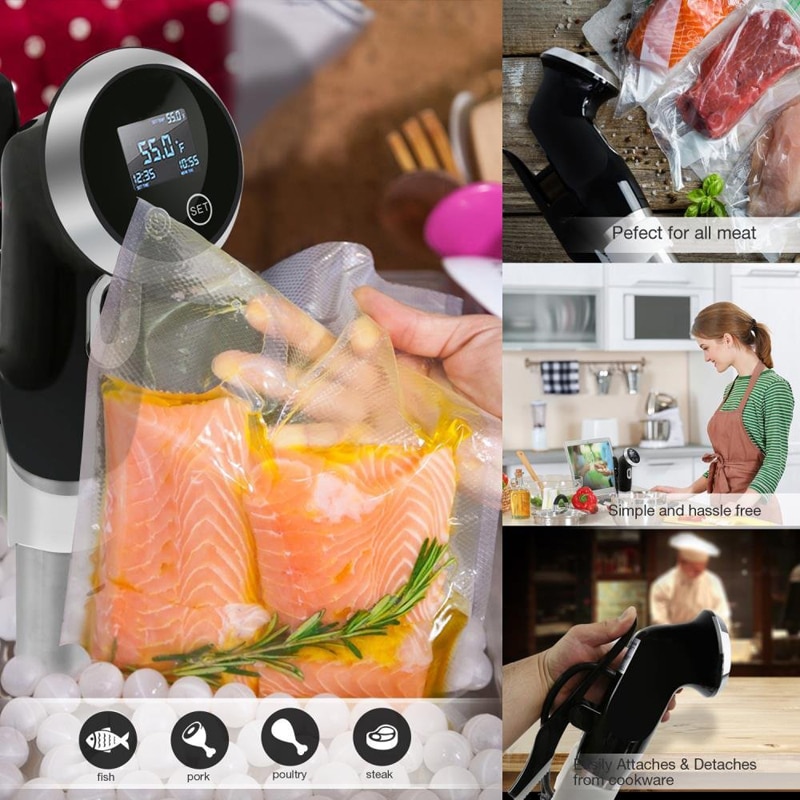 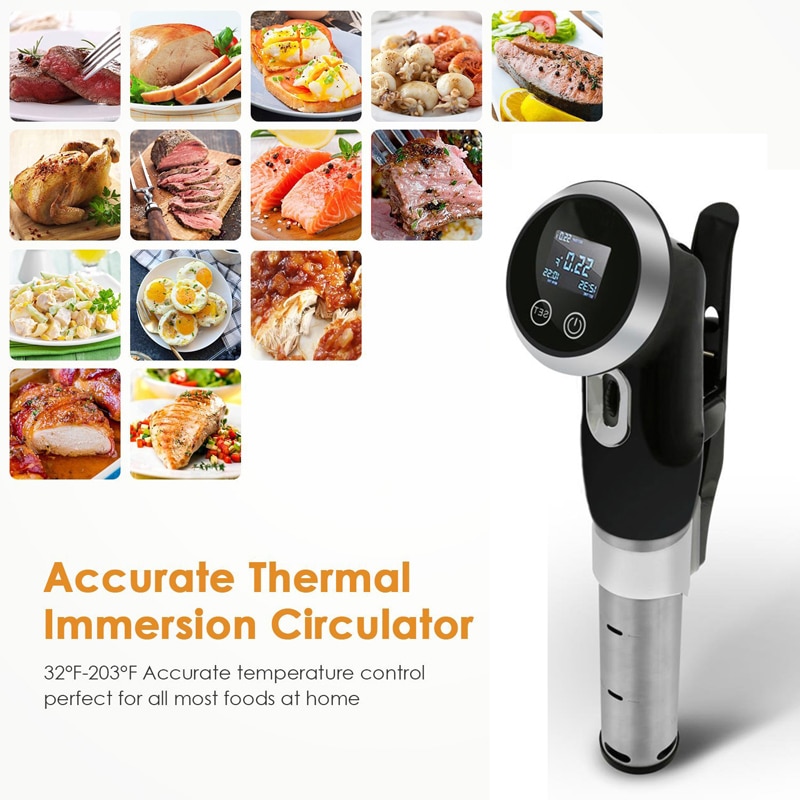 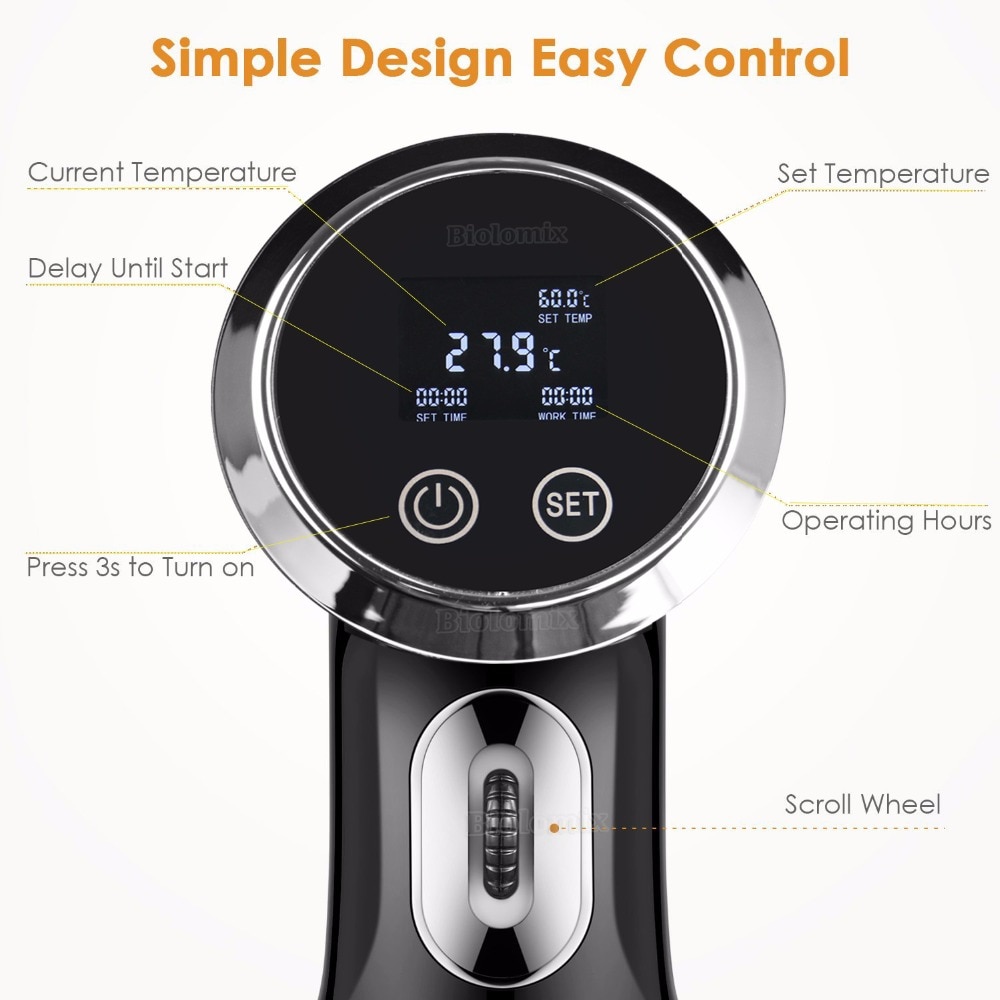 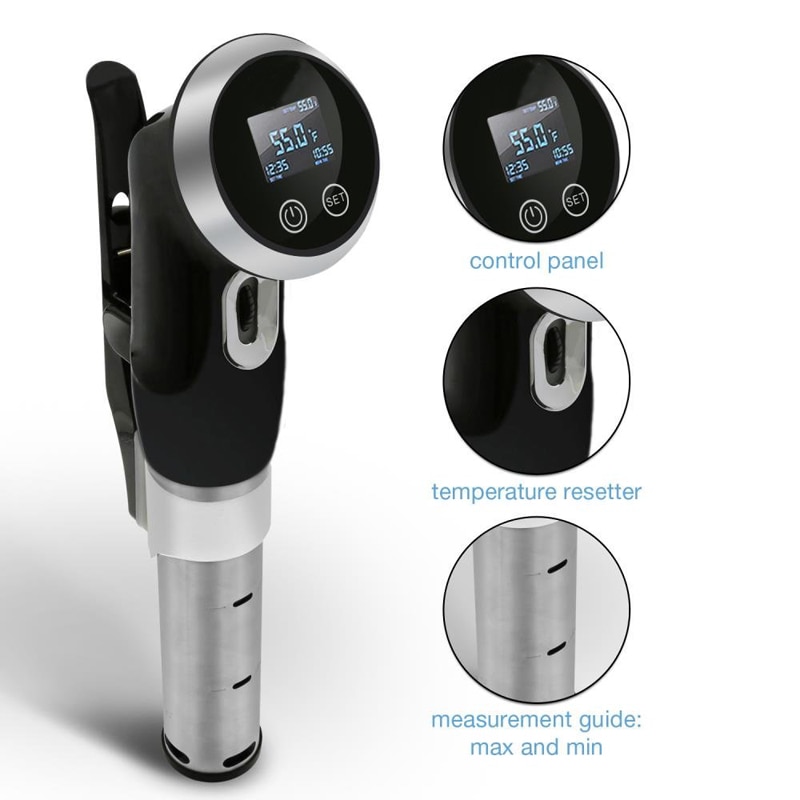 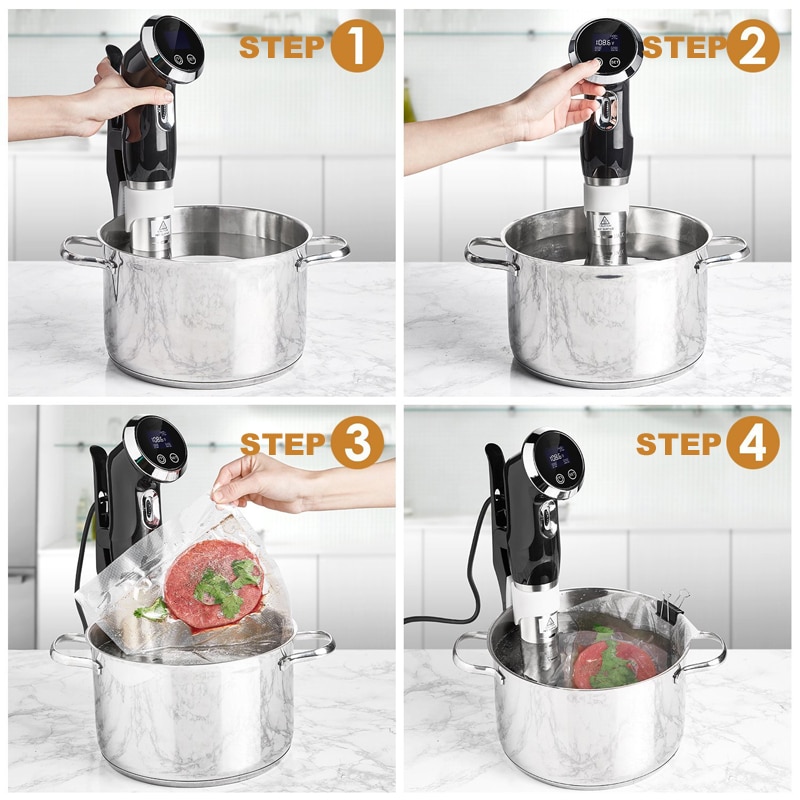 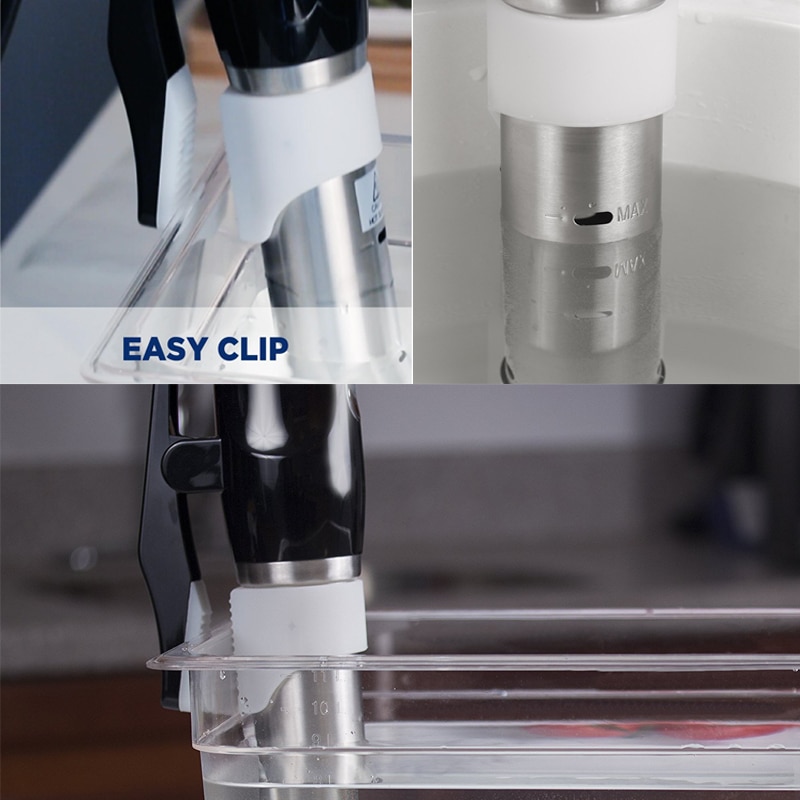 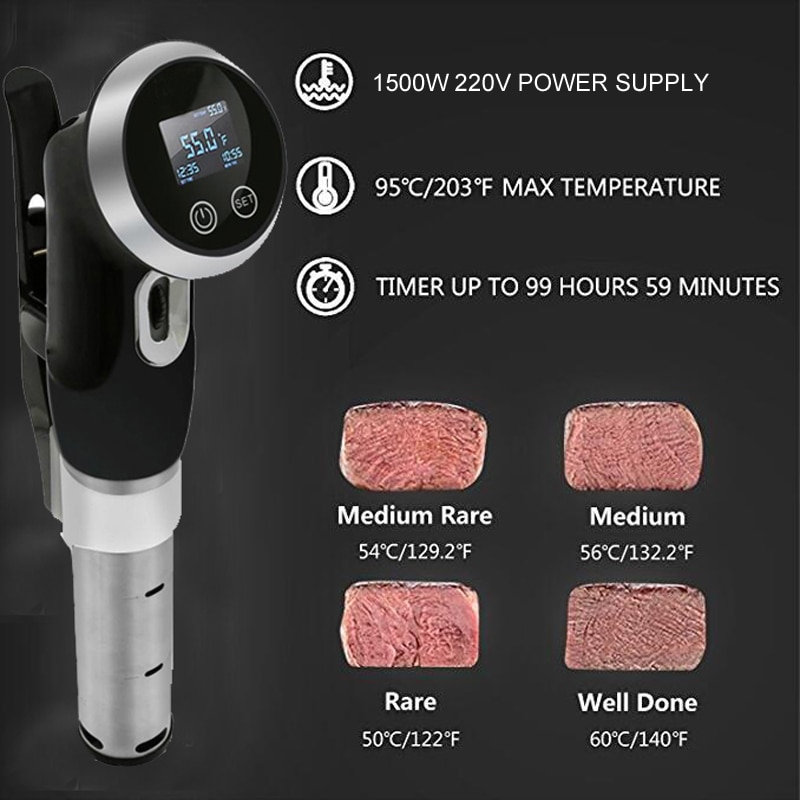 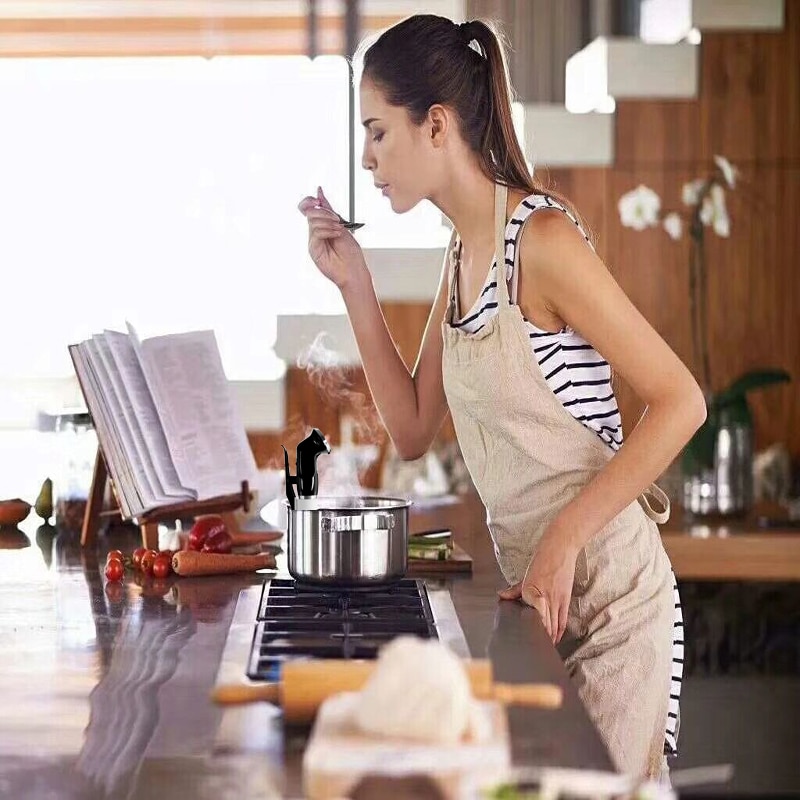 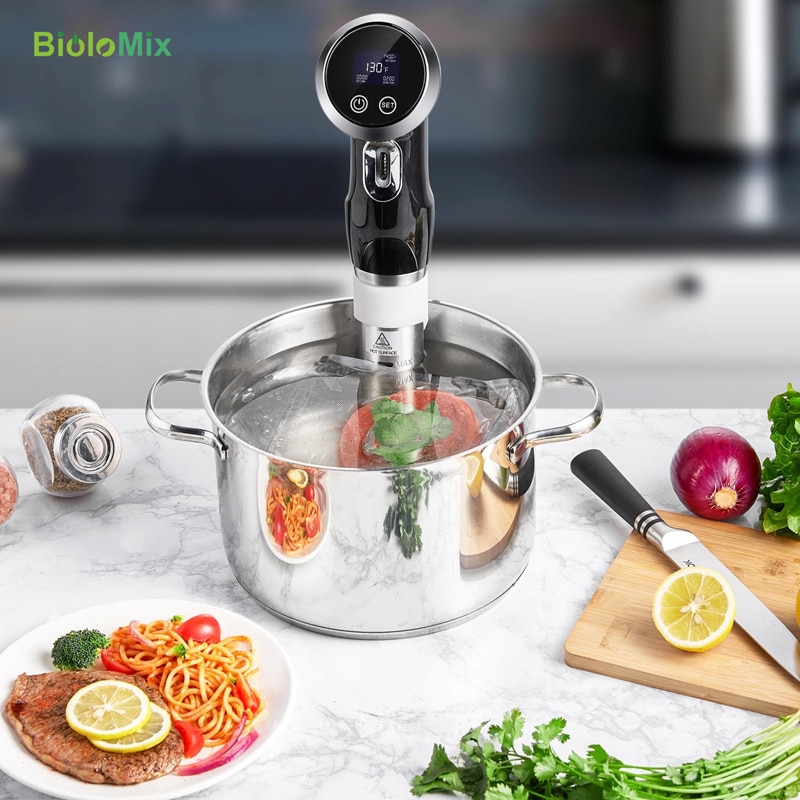 We are proud to offer international shipping services that currently operate in over 200 countries and islands worldwide. Nothing means more to us than bringing our customers great value and service. We will continue to grow to meet the needs of all our customers, delivering a service beyond all expectation anywhere in the world.

HOW DO YOU SHIP PACKAGES?

Packages from our warehouse in China will be shipped by ePacket or EMS depending on the weight and size of the product. Packages shipped from our US warehouse are shipped through USPS.

DO YOU SHIP WORLDWIDE?

Yes. We provide shipping to over 200 countries around the world. However, there is some location we are unable to ship to. If you happen to be located in one of those countries we will contact you.

HOW LONG DOES SHIPPING TAKE?

Shipping time varies by location. These are our estimates:

*This doesn’t include our 2-5 day processing time.